The recent peaceful #ENDSARS protests underscore the urgent need for the federal government to take bold actions on police brutality and to ensure justice to victims.

Unfortunately, the Nigeria Police has cracked down on peaceful demonstrators in cities such as Lagos and Abuja using tear gas, water cannons, and even brutal beatings. In Ogbomosho, a police officer shot dead Jimoh Isiaq, a peaceful protester, in cold blood.

On Sunday, the Inspector General of Police Mohammed A. Adamu dissolved the SARS, bowing to pressure from Nigerians. However, this is not new as previous reforms such as the anti-torture law have not been duly implemented. Specifically, the proclamation is vague with no clear timelines, concrete actions against assaulting SARS officers, and justice for the victims.

Therefore, we are demanding the government to take the following further actions:

1. Release all arrested demonstrators.
2. Immediately end police crackdowns on peaceful demonstrators.
3. Investigate and charge SARS officers for their unlawful actions in light of the anti-torture law and other relevant legal provisions.
4. Publish a clear timeline and action plan regarding systemic police reforms and the Citizens and Strategic Stakeholders Forum.
5. Set up an independent body to oversee complaints and prosecution of all reports of police misconduct.

The members of the Abuja Global Shapers Community strongly condemn police violence and stand in solidarity with peaceful protesters.

END_OF_DOCUMENT_TOKEN_TO_BE_REPLACED 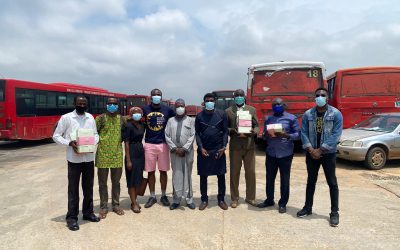