The Widening Gap of a Changing World: 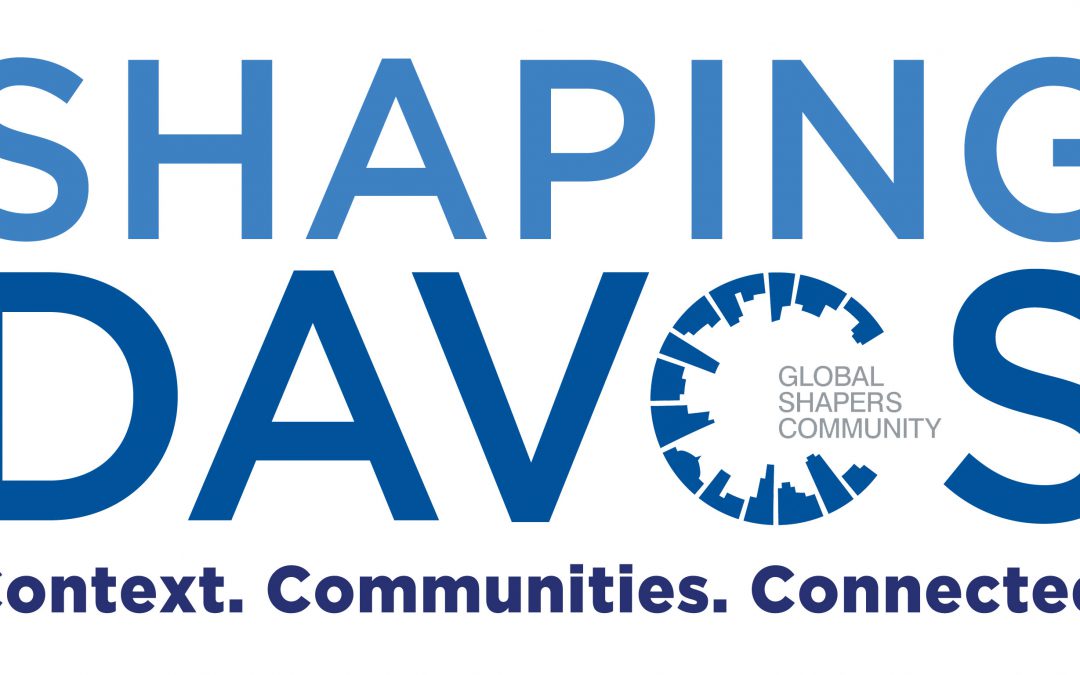 Founded in 1971, the forum’s annual meeting has morphed over time –from a meeting of private sector leaders, it has now evolved into a gathering that realizes that there is an important nexus of the Public-Private-People partnership required to fix our fractured world.

I was part of the Davos50 for 2018, the 50 World Economic Forum Global Shapers chosen to represent the voices of the youth at this year’s annual meeting – and with this honor came the responsibility to learn, to soak in as much knowledge as possible about the new world of artificial intelligence (AI), blockchain technologies, robotics, and find ways to make this learning inform and improve my current reality.

The first lesson is about the Fourth Industrial Revolution (4IR). To understand this, we need to go down memory lane. The first revolution was marked by the move from agrarian to industrial systems, guided mostly by the invention of steam energy, and occurring in the 18th and 19th century. This was followed by the second revolution between 1870 and 1914, characterized by the arrival of electricity, the telephone etc. Finally, the third and most recent one was the digital revolution which commenced in the 1980s and brought with it personal computers, the internet etc. This year’s Davos was focused on the fourth industrial revolution (4IR) which professor Schwab (Executive Chairman, World Economic Forum) describes as a new range of technologies fusing the physical, digital and biological worlds – from self-driven cars to genetic modification and robots.

As I listened to robotics professors, founders of AI companies and government leaders employing smart technologies to improve governance – I was filled with fear.

Africa is yet to fully benefit from the 2nd industrial revolution – with more than 600 million people without access to electricity – much less the 4th industrial revolution. The reality is that, given the speed at which technology is advancing, countries that are unable to tap into this revolution potential, will experience even wider income gaps.

African leaders must go beyond the “catching up” mentality and think the more long-term or the income gap will only widen further. Key to this is addressing the “employability” of the African youth.

The second lesson was about the changing dynamics of trade and ways of doing business in the world. President Donald Trump spent his public address focused on one thing only, highlighting the new tax benefits of America as a means of enticing industry leaders to invest in America.  Historically, the Golden Standards created after WWII deepened the global economic ties, and embedded them in multilateral rules and principles. The push for equity for the least developed countries also led to the creation of preferential trade as a means of enabling poor and developing countries to export their goods to developed markets, without having to necessarily open up their own market.

The rules of engagement are changing though and as 2020 approaches, I am more and more concerned about the future of the African Growth and Opportunity Act (AGOA), the European Partnership Agreements (EPAs), and even the WTO’s trade facilitation agreement. The paradigm shift is bringing one-on-one trade relationships back on the table with bilateral agreements – agreements based on mutual benefits. If this is going to be new dogma, I was left wondering “what of countries who don’t have much to negotiate with? Are they just going to be isolated or enter agreements at their losses?”

African countries must unite to increase their negotiation power, and develop their comparative advantage or they will once again not have a place on the table.

On a personal note, DAVOS 2018 was for me a personal journey of self-awareness and growth. I remember sitting in the waiting area on the first day of events, and right next to me was the Prime Minister of a middle eastern country. We had spoken for 15 minutes about employment and land access before I became privy to the position he held. I also remember being gripped by fear, the first time I stood up to ask a question about the impact of 4IR on developing countries like mine, Nigeria. Having always prided me on being confident, it was my first exposure to such fear. But what was beautiful about it was that: I asked the tough questions anyway, I lent my voice in tough discussions, and I “did it afraid”.

African youth must do it afraid- we must lead our continent into this changing world.