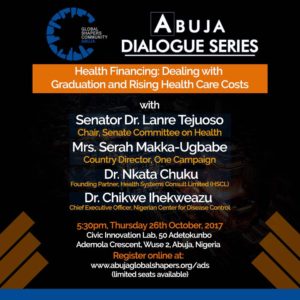 Additionally, government expenditure on health remains limited – despite the Abuja declaration in which the government committed to spend 15% of the Nigerian budget on health care, health care remains `5.1% of the total budget at ~ 308 Billion Naira in 2017. [2]

On the demand side, the increasing population, the yearly outbreaks that have plagued the country ( Ebola in 2014, Lassa Fever and Meningitis in 2015 and 2016, monkey pox in 2017 ) ,  and the displacements resulting from  insecurity in the North, has led to rising health care costs.

On the supply side, there is predicted to be even further shrinkages in available funding for health care. With Nigeria’s rise to being classified as a middle income economy, the country has become eligible for graduation from major external sources of funding such as GAVI for immunization. GAVI graduation will mean a reduction in GAVI funding over a period of years thus increasing government requirements as depicted in the diagram below. [3]

END_OF_DOCUMENT_TOKEN_TO_BE_REPLACED 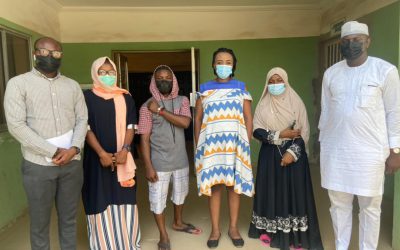